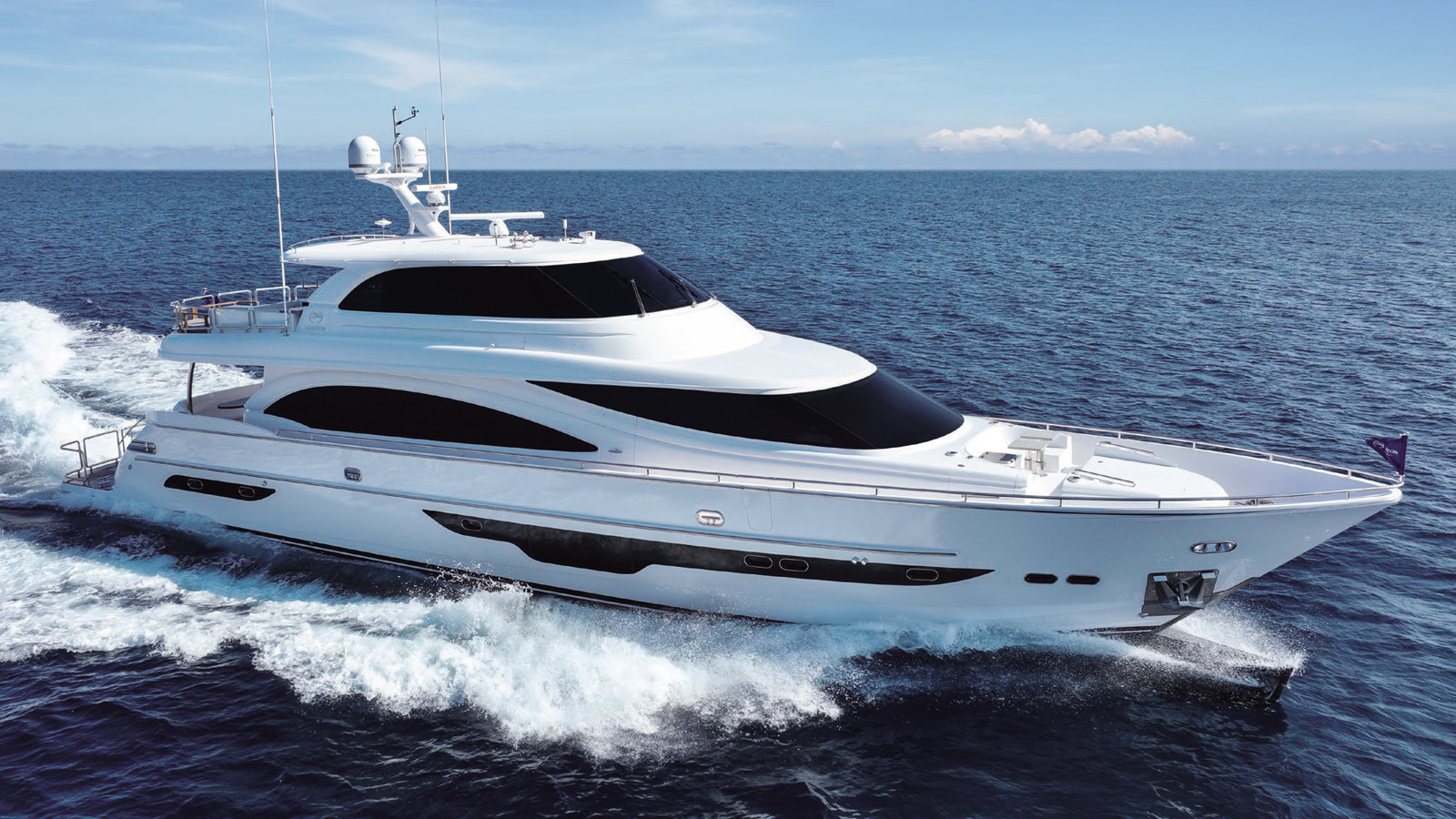 With the pop of the champagne cork, the brand new Horizon E90 was officially delivered to her owners. This is the first Horizon build for the experienced owners, who were drawn to the model’s exterior styling and plentiful amenities.

The E90 offers a four-stateroom-plus-crew layout with a large salon, dining and country kitchen on the main deck and an enclosed pilothouse with dayhead on the upper deck. Exterior areas are plentiful, which has made this design particularly appealing to these owners, who enjoy cruising in the more optimal climes. 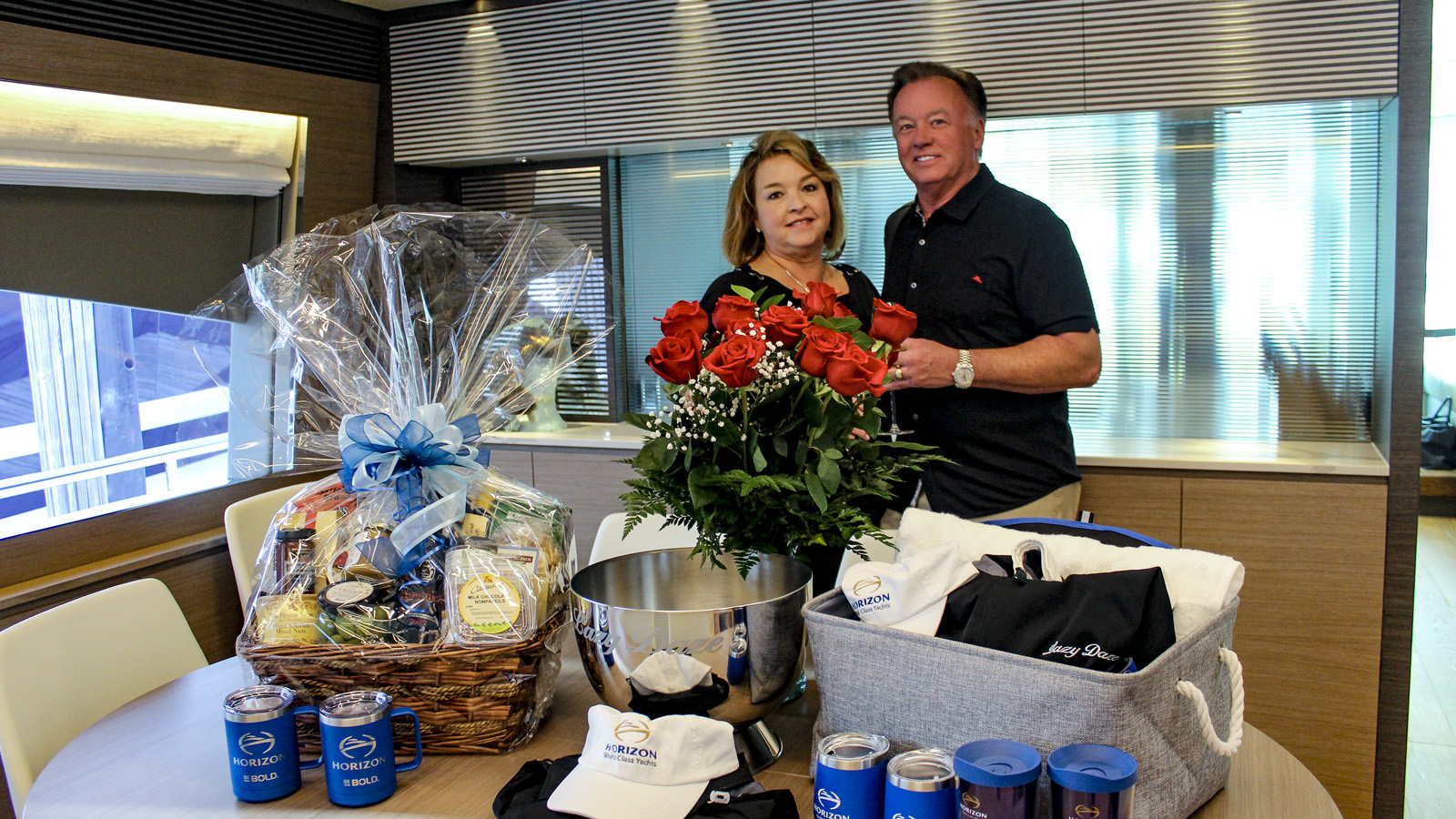 Accessed from the spacious aft deck, which is fitted with a fixed settee and dining table, the main salon is outfitted in light white ash and silver oak wood with white stonework highlights, which lend a bright and airy feel throughout the deck. The country kitchen offers a fixed settee and convertible dinettes under the forward windshield and is an inviting area to catch up on emails or grab a snack.

On the lower deck, the master stateroom spans the yacht’s full-beam amidships and features a full-beam his-and-hers ensuite. A large VIP is situated furthest forward while two convertible twins are positioned to port and starboard. Crew quarters for up to four are housed aft of the engine room, along with the beach club that doubles as a crew mess.

On the uppermost deck, the enclosed pilothouse features the console with two fixed helm chairs, a starboard-side dinette and a dayhead to port. The boat deck aft houses a large Jacuzzi tub and multiple seating and lounging areas, all of which can be shaded by sun awnings.