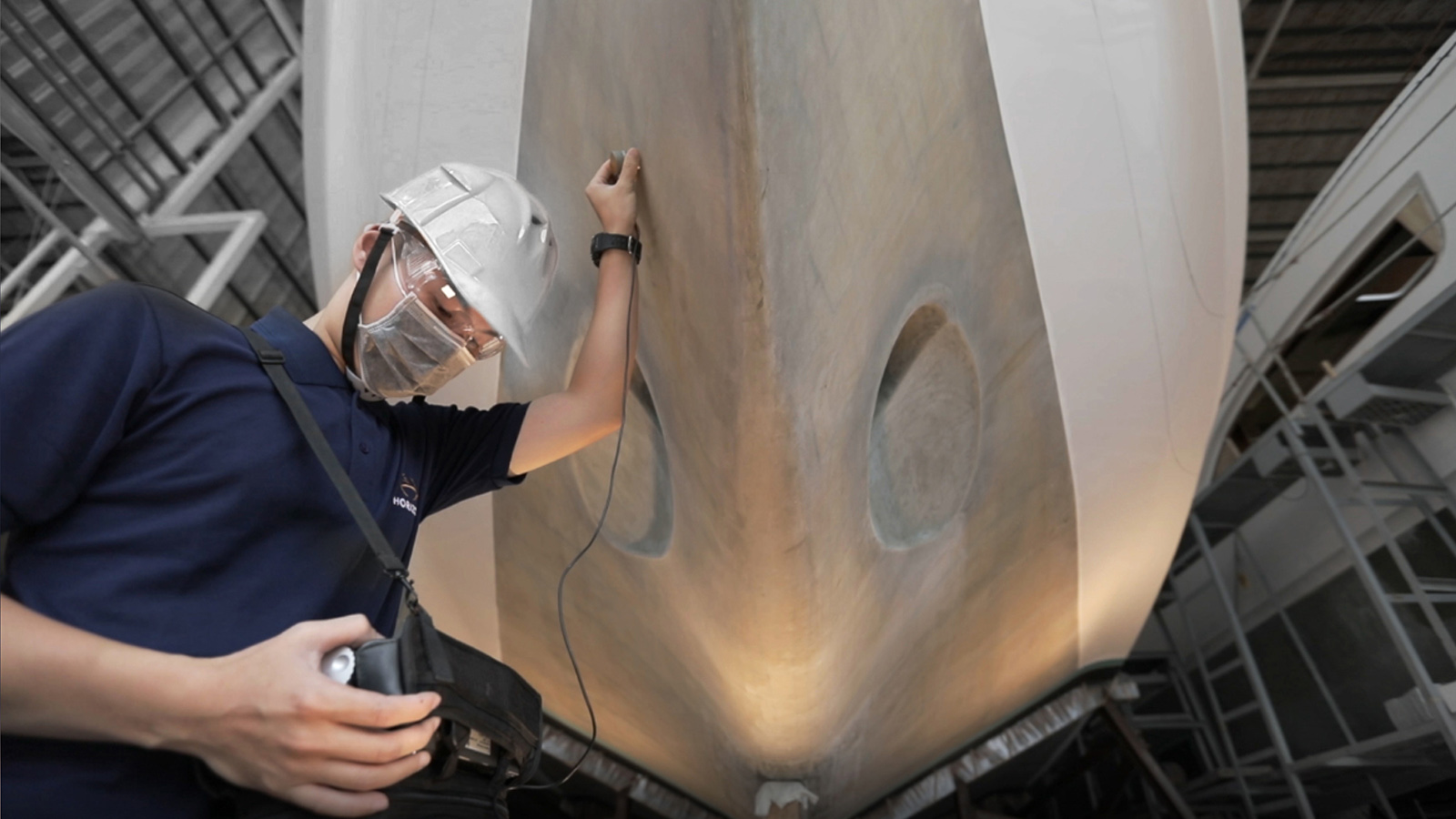 The Horizon Group continues to pioneer the evolution of advanced composite yacht construction as the world’s first and only yacht builder to implement a variety of Non-Destructive-Testing (NDT) methods.

For two decades, Horizon has been pioneering the advancement of composite yacht construction through the efforts of its subsidiary Atech Composites. Founded in 2000, Atech specializes in advanced composites, producing not only the hull, decks and superstructure of every Horizon yacht, but also providing Fiber Reinforced Plastics (FRP) components across multiple industries in Asia and beyond.

Atech has been behind such notable achievements as the world-record infusion of a 140ft yacht hull in a single shot and many award-winning cross-industry composite components from wind turbine blades to high-speed rail cars. In 2004, Atech developed an improved 3D resin infusion technology that transforms the original 2D resin flow on surfaces to 3D flow, which climbs up and down internal stiffeners, enabling the build of far larger structures than previously possible. 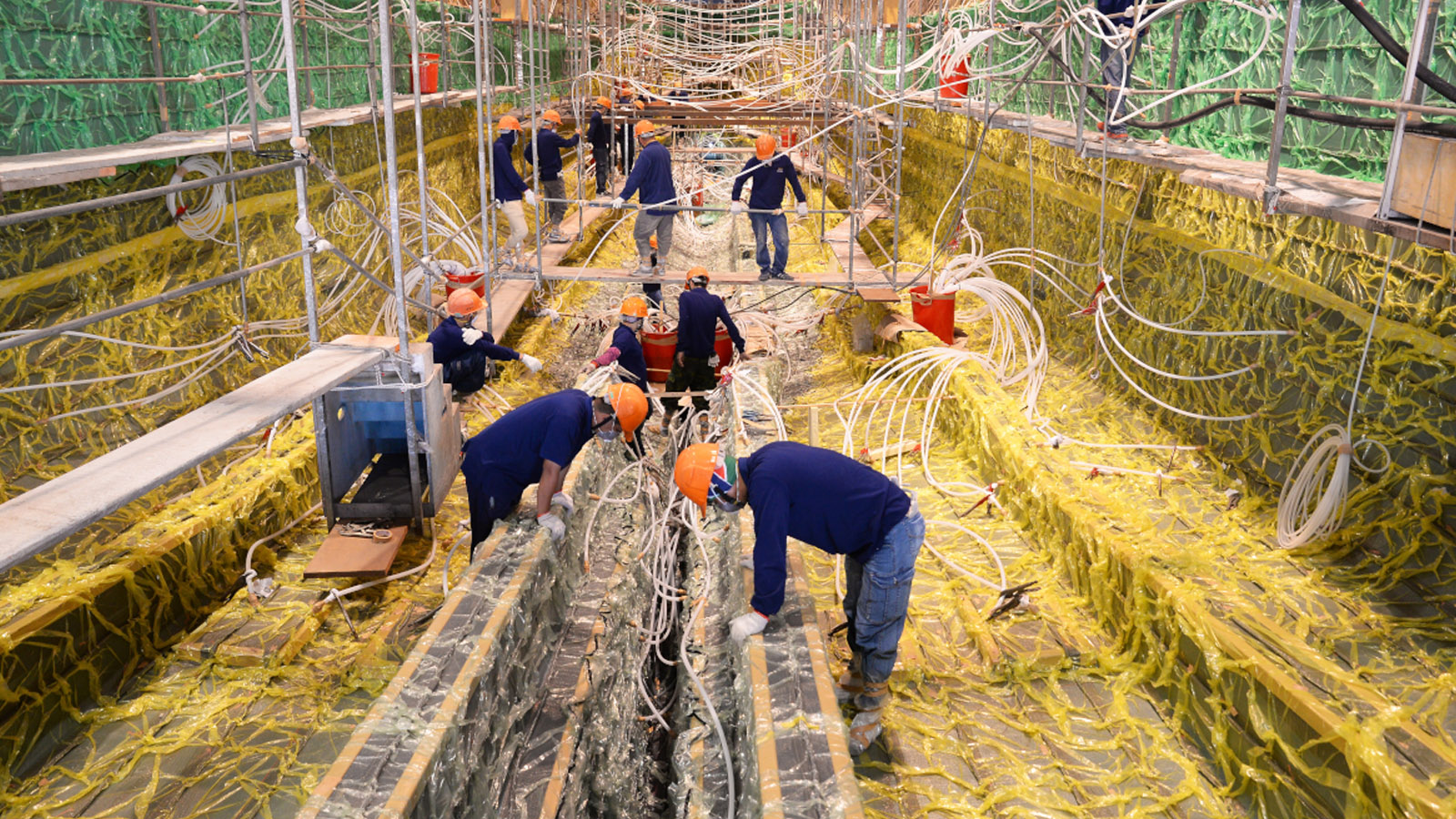 In 2020, Atech further refined its 3D infusion capabilities by introducing and patenting 6D vacuum infusion technology. This process infuses a yacht hull with a 3D-infused macrostructure of the longitudinal girders and a transverse frame with the 3D-infused micro structure glass fabric cloth. This revolutionary process guarantees more efficient and even resin distribution throughout the lamination, thus ensuring a consistency of quality and allowing for the single-process construction of hulls over 140 feet.

Atech continued the advancements of composite construction by introducing several non-destructive-testing methods utilized by the aerospace industry. While many shipyards do now use vacuum infusion for a yacht hull and small parts, most still use conventional methods of measurement and inspection (such as tapping a surface with a hammer to identify sound difference and detect defects) for the infused composite hulls. Horizon is now the world’s first and only shipyard to apply multiple aerospace testing methods to ensure the quality of every yacht it builds. 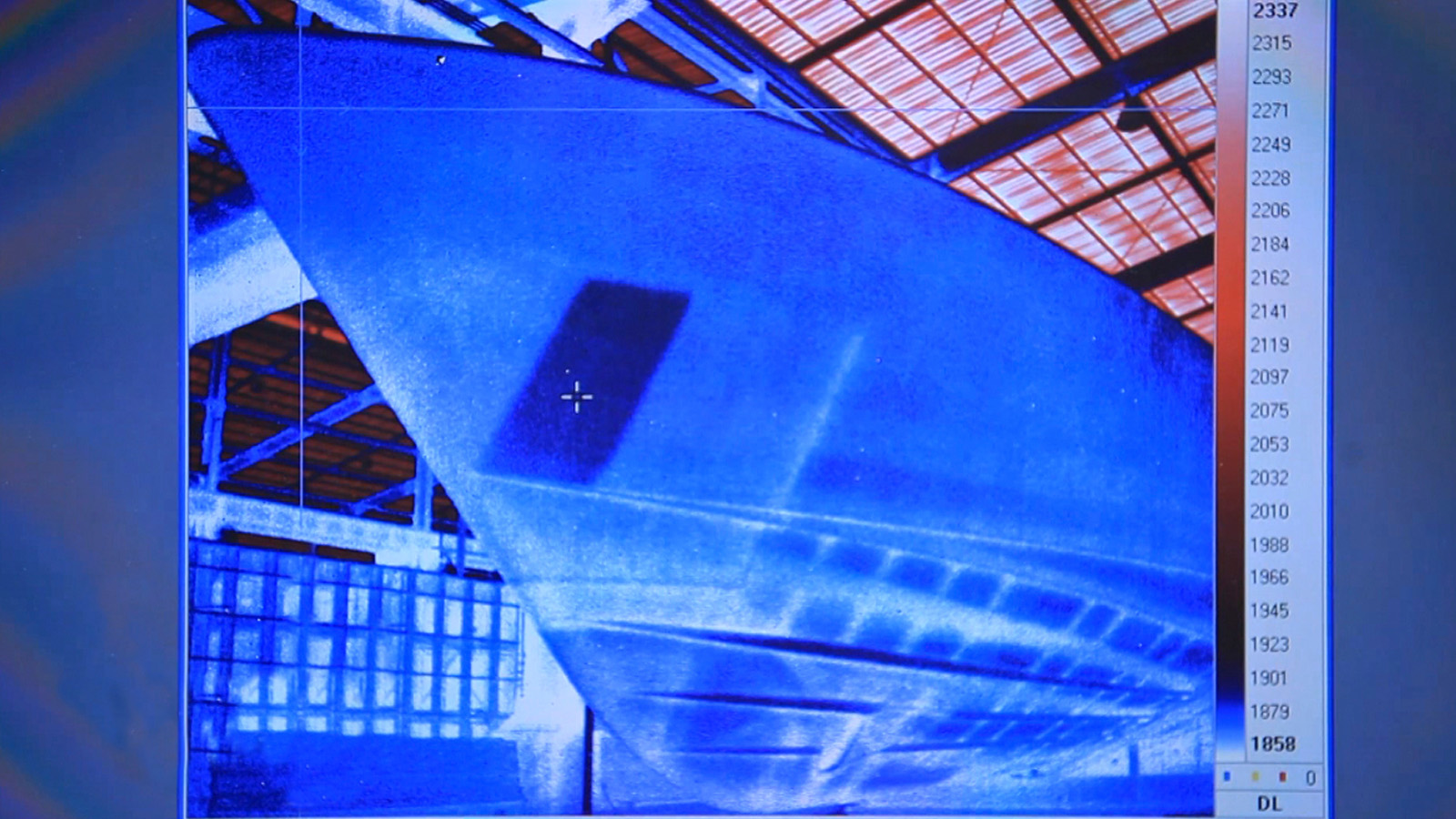 After the analysis and testing of the raw materials used in the infusion process, each hull is tested for structural integrity after coming out of the mold via the following methods. Implementing multiple testing methods allows for the most accurate detection of any defect to ensure the ultimate in structural integrity.

Ultrasonic Testing utilizes sound waves to penetrate the layers of the composite materials and detect air pockets, cracks or other defects. If a defect is detected, the reflecting sound wave will differ from the original wave, and the technicians will use the differing sound wave to mark the location of the defect. 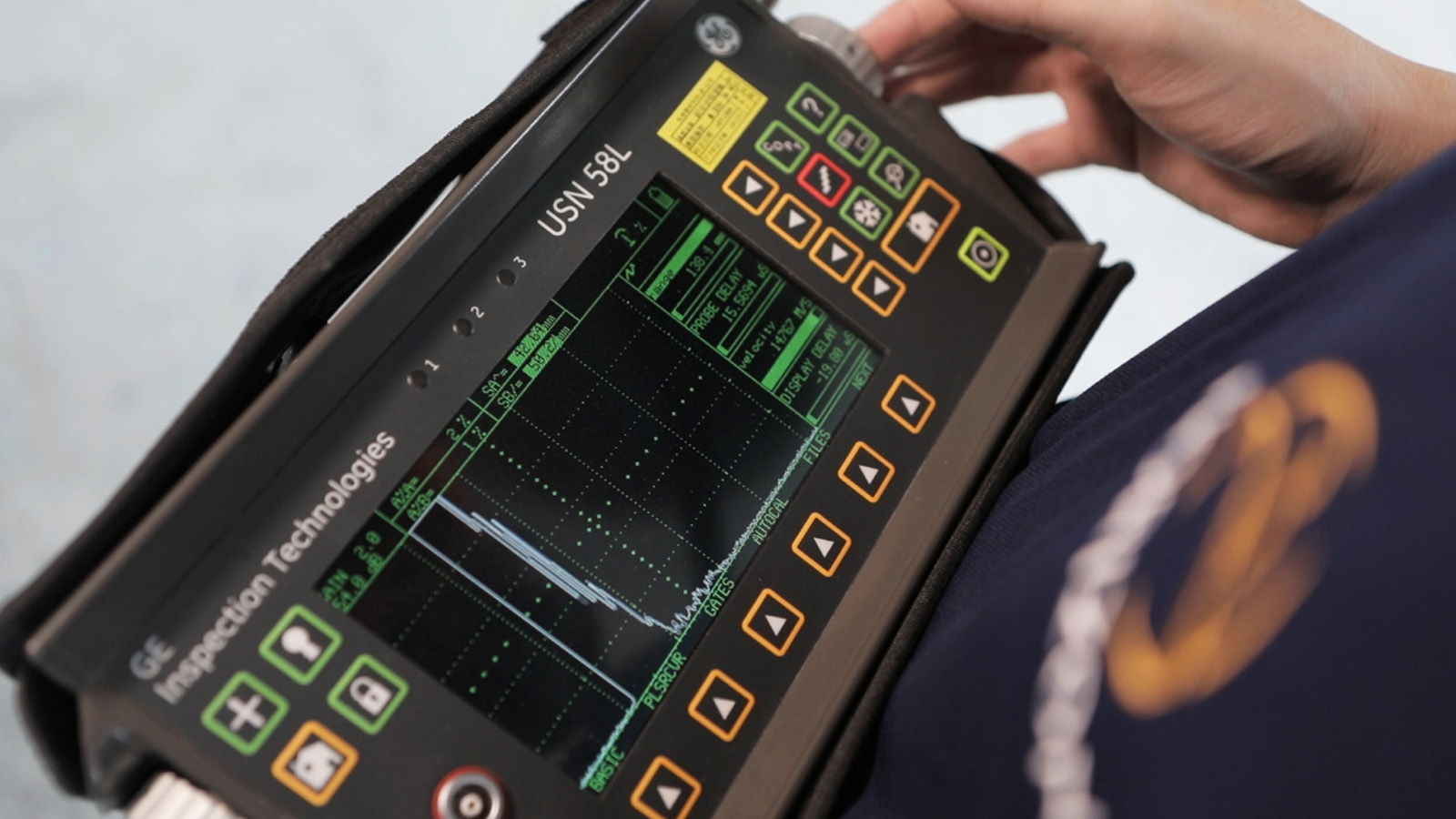 Infrared Thermography uses a high-resolution thermal imaging camera to detect radiation and display it as temperature distribution. If identified, an area with a defect displays a temperature variance, allowing technicians to identify the type of defect. 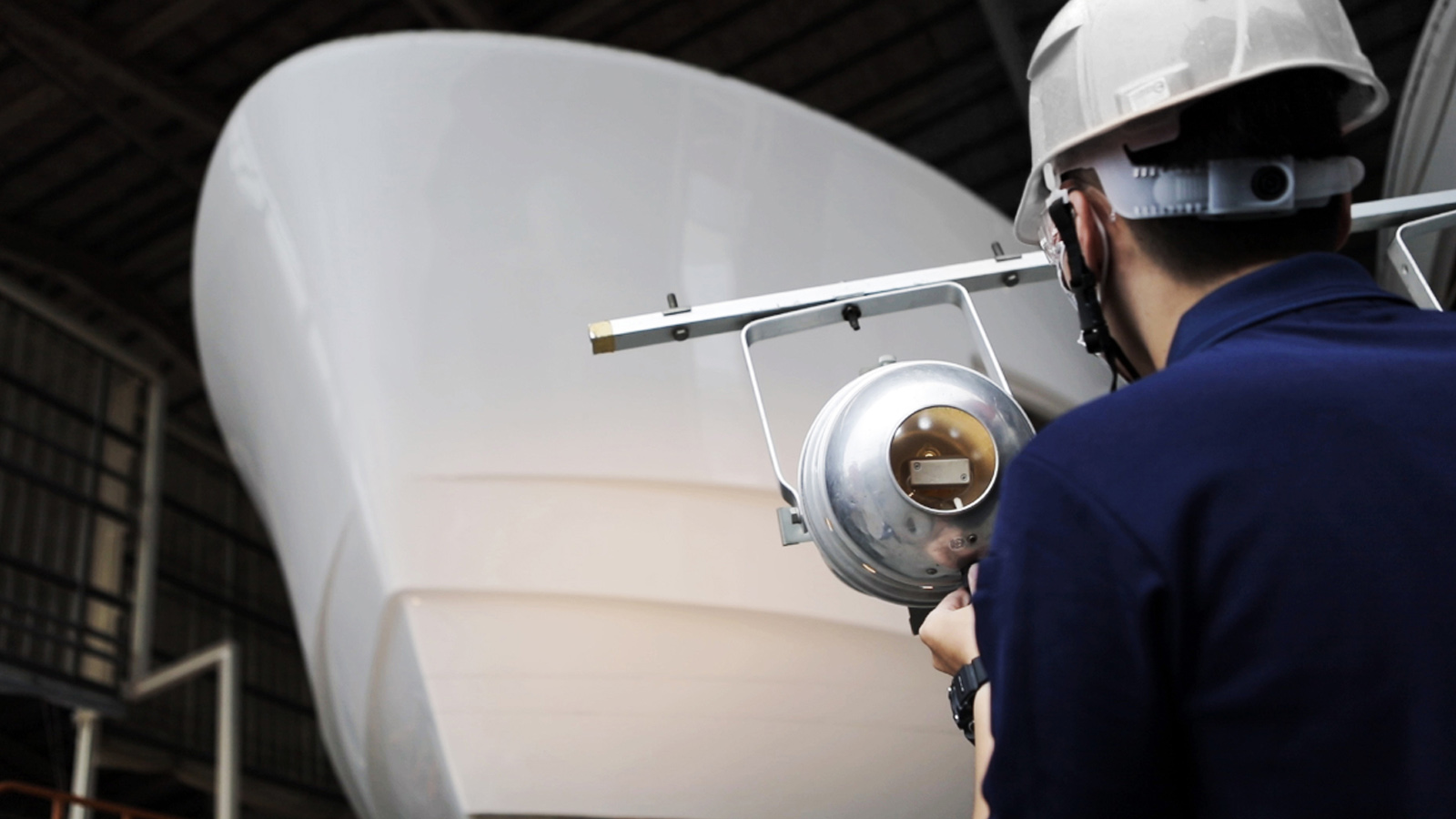 Laser Shearography is the latest aerospace inspection technology, wherein a laser light is directed on a component to provide information about the quality of different materials in strain measurement. With this system a difference of less than one nanometer can be detected. This system is able to detect abnormalities in a composite structure, including disbondings, delaminations, dry spots, voids and cracks. 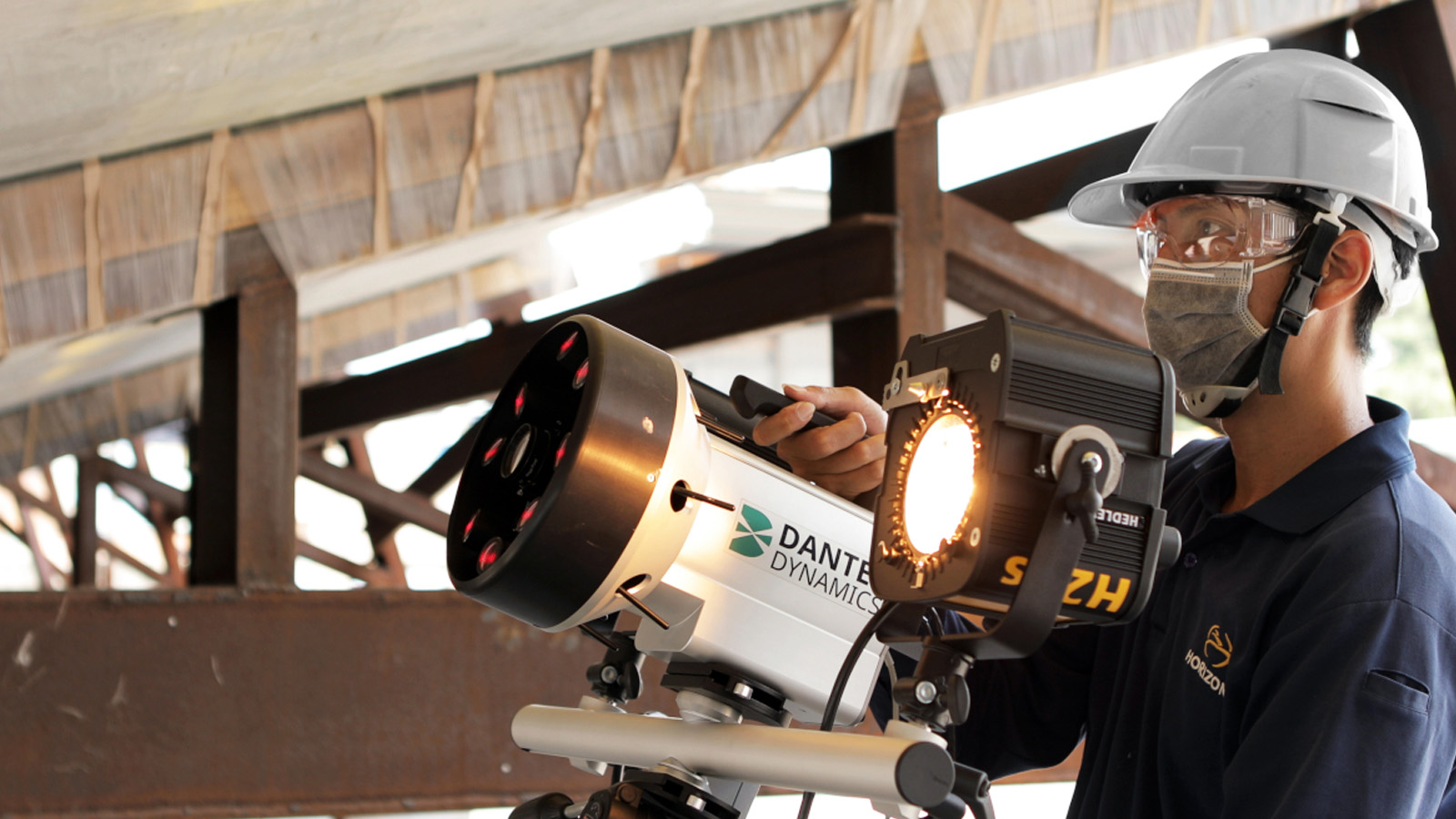 Also known as Computer-Aided Verification (CAV), this system incorporates a high-end 3D optical scanning machine with a computer-aided detection system to precisely measure the dimensions of the plug and female molds. The system can be used to measure small- and large-scale molds as well as finished products. Every Horizon mold is inspected via this system. 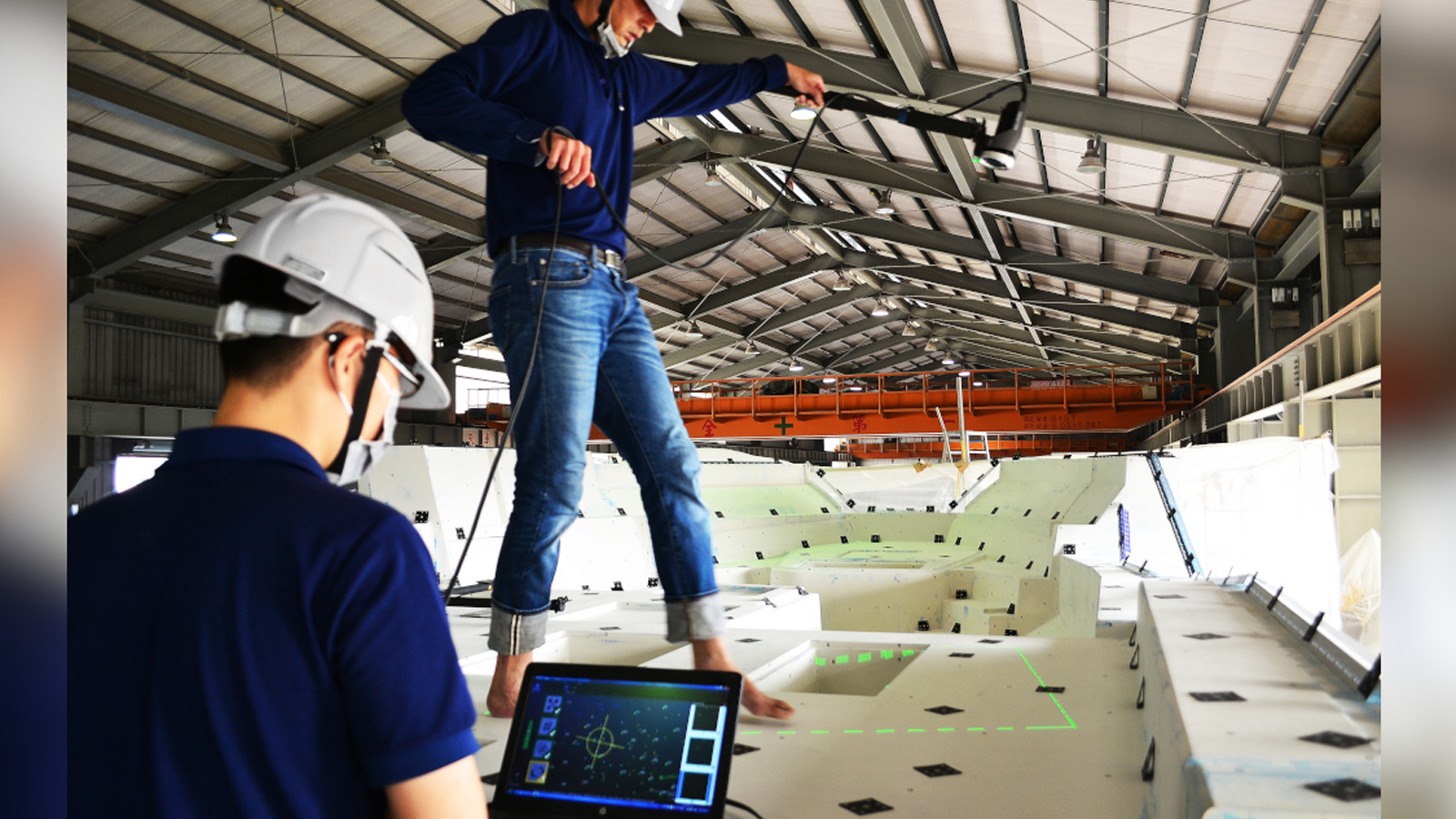 Each method is applied according to the most efficient means of inspection as well as the properties of the raw materials. Ultrasonic Testing (UT) is commonly used to inspect small parts, whereas Infrared Thermography (IRT) and Laser Shearography are applicable for large-scale components. IRT is used for materials with a good thermal conductivity as it identifies defects according to the temperature variance. When the thermal conductivity of the materials is not good, Laser Shearography is applied because it identifies the defects according to stiffness variation.

Every area of a Horizon yacht hull is inspected with the NDT methods prior to delivery and the inspection report is submitted to the owners. This includes specific areas, which are double L shapes, angles and surfaces with gel coat that are invisible underneath (usually above the waterline) and critical areas, which are thick lamination areas and thickness discrepancy areas that will influence resin flow and distribution.

Horizon is the only shipyard in Asia with GL Renewables’ GL Shop Approval, which is a certification used in high-end wind turbine production and repair. Strict quality control during production mitigates most inner defects, thus most defects are minor, such as voids or bubbles on the surface. If a defect is detected, Atech follows the GL Renewables Certification norms to repair and return the part to the original lamination. The repair process depends on the type of defect and the part is re-inspected after the repair is completed.

Horizon’s continuous investment in the research and development of the latest advanced composites technology and testing methods serves to further ensure that each Horizon yacht is extremely durable and lightweight, with any hidden defects eliminated or reduced to a minimum.