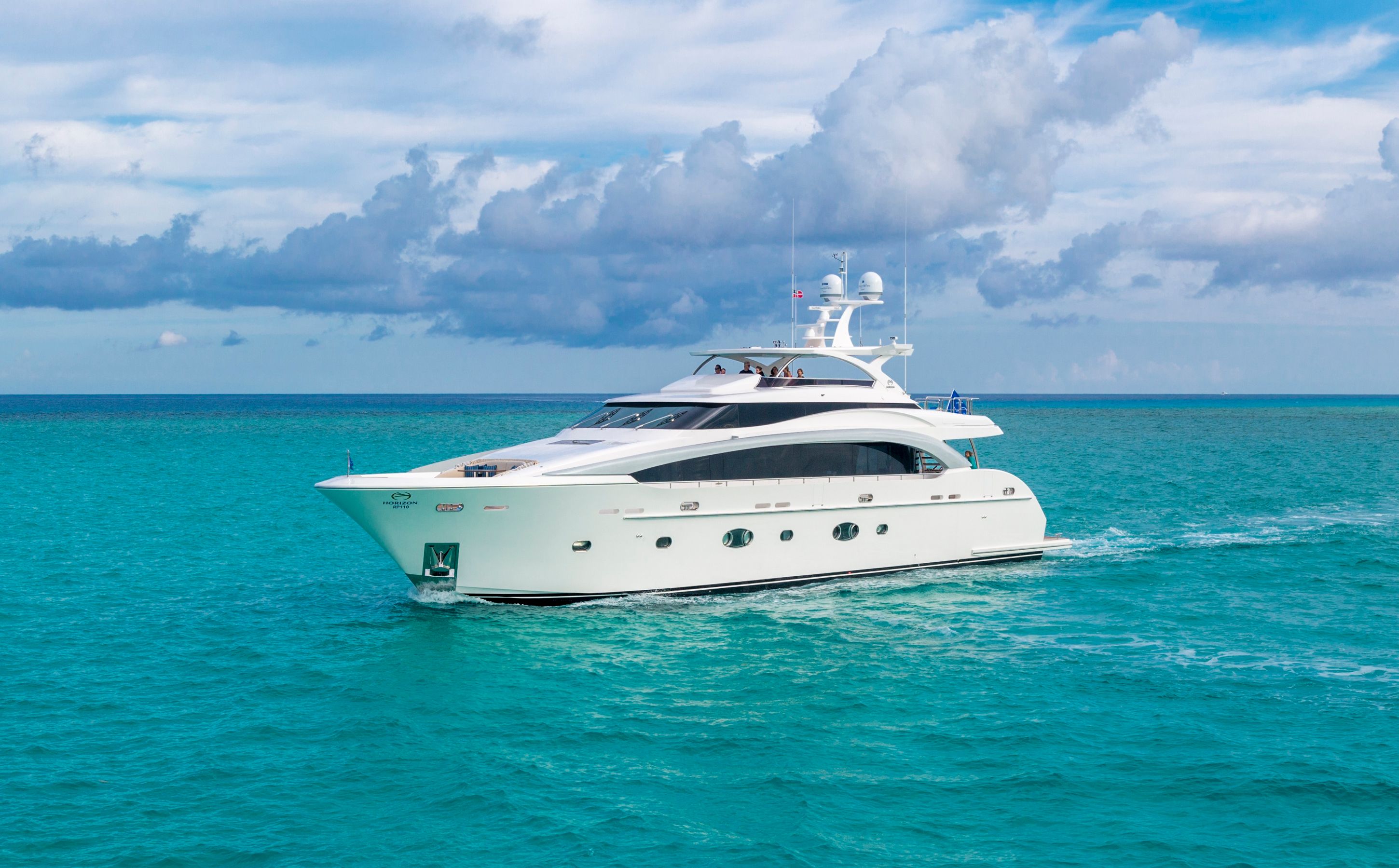 The European debut of the new Horizon RP110 superyacht was a tremendous success. As she was unveiled it was immediately clear that this yacht, with her flexible and multifunctional layout, would attract the attention of many European customers.

One week later, the Monaco Yacht Show (September 22nd – 26th) was yet another impressive showcase of new and brokerage yachts, and as well a great opportunity for luxury car and superyacht enthusiasts to peruse their passions. During this event, the Red Arrows—also known as the Royal Air Force Aerobatic Team—delighted visitors and exhibitors with a superb performance above the Principality of Monaco.

Accompanied by Horizon Group CEO John Lu and Horizon Yacht USA Director Roger Sowerbutts, the Horizon Yacht Europe team enjoyed the show. “The Monaco Boat Show was great exposure for the Horizon brand and its sales capacity,” said John Lu. “Our commitment to the European market is strong, as are our local partnerships, and we anticipate much growth in this market.”

Both shows attracted new, current, and previous clients to the Horizon display, and we’re happy to announce that during this time, contracts and commitments for new projects have been signed.

The Horizon RP110 is based in her new home port in Puerto Portals (Mallorca, Spain), where she will remain during the winter season. She will be available for viewings and sea-trials during this time.